2B will cross the iron in SoulCalibur VI.

SoulCalibur has already seduced the editorial team, marking the return of the fighting game saga. Each episode of the series was entitled to his guest star and SoulCalibur VI is  no exception to the rule and welcomed Geralt De Riv from The Witcher. A highly prestigious brand guest, but he will not be the only one.

Indeed, the second guest character in Soulcalibur VI will be YoRHa No. 2 Type B, aka 2B , from the action game Nier: Automata Square Enix. Bandai Namco today announced the presence of 2B during a presentation at Paris Games Week.

2B will come armed with its two blades, Virtuous Contract and Virtuous Treaty, and its many fighting skills as evidenced by the trailer below. You will also have a glimpse of the SoulCalibur VI Arena  of 2B and its soundtrack.

2B will be part of the additional content of the game’s Season Pass, which also includes veteran fighter Tira and two new playable characters.  The Season Pass of the game costs € 29.99, which is directly included in the € 89.99 Deluxe Edition of  SoulCalibur VI .

Nier: Automata downloadable content, based on the game, will also include additional weapons for 2B, a secondary costume inspired by Kier de Nier, as well as new stickers and costume accessories. There is no date yet for 2B, but Bandai Namco promises that it will happen very soon. SoulCalibur VI is already available on PlayStation 4, Xbox One and PC. 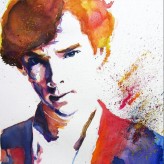